Elukavil are a draconid race that dwell in the Hollows underneath Draves. They descend from dragons whom were killed by titans and whose bodies formed the primordial blueprints that soon became the elukavil.

Unlike many other races that fill the known universe, the elukavil are not a single race, they are instead a collection of client races from the same evolutionary progenitor that has been adapted to their circumstances. What they become later in their life cycle is dependant on what they were exposed to during their larval phase. 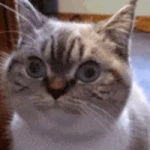